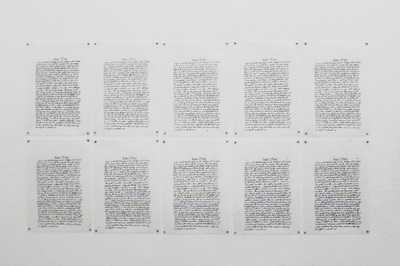 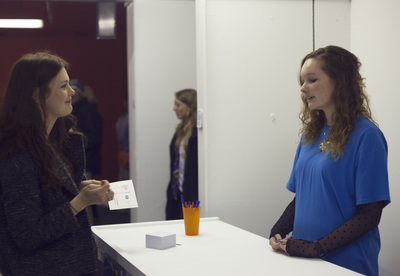 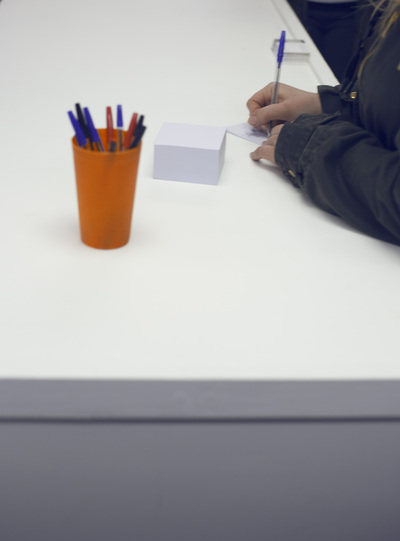 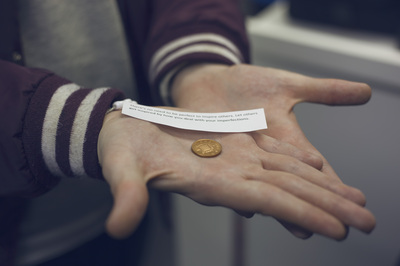 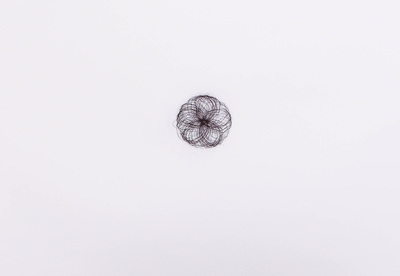 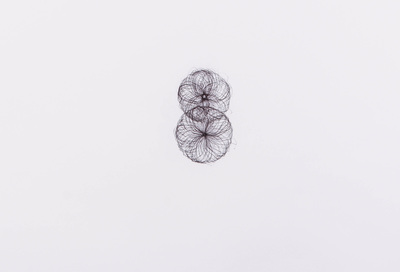 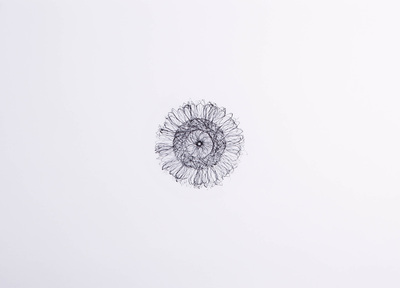 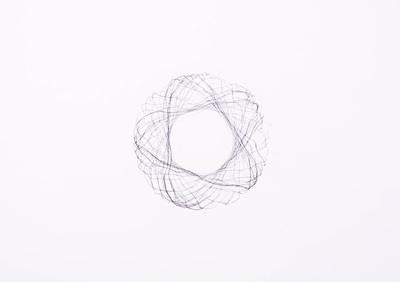 Tracing is a process based work involving the repeated tracing of the first page of a diary belonging to my Great Grandfather detailing his experiences of the Second World War. When he died, he left the diary unfinished: inspired by the poignancy of this and the sacred nature of the document itself, I felt compelled to 'complete' it by making work with it. Each tracing is a tracing of the previous one, resulting in a sequence of tracings that from a distance may look almost identical, but in fact are a physical representation of time's effect on our memories, as the handwriting becomes affected in each tracing, morphing into a mere arrangement of illegible words. The futility of this repetition serves to remind us of the uncontrollable nature of time and the inevitable process of ageing.

Penny for your thoughts? is a participatory performance, involving an exchange process between artist and participant: the participant writes down a negative thought or recurring fear, and exchanges it for an envelope containing a positive affirmation and a penny. Providing a platform on which to examine the collective mind-set of the Boscombe community, this performance enabled me as the artist to challenge negative thinking and the stereotype of Boscombe as being apathetic or in a depressed state. Having heard this opinion of Boscombe I felt inspired to argue against it, by giving members of the public the opportunity to renew their mindset and alter their perspective on the environment around them. The title Penny for your thoughts? is inspired by the old-fashioned saying: in being asked this friendly and familiar question, the public were presented with the choice to participate or not as they so wished. The focal point of this work is the subject of changing one’s thought process and looking at things from a positive perspective.


The Untitled series is a series of drawings created using a hand-made Spirograph tool. This body of work explores the tensions between the man-made and the mechanical, and the friction and boundaries between order and chaos. As the Spirograph tools are not mathematically accurate, the drawings produced are all different, with accidental marks creating nuances in the work.